Even with a very early start to the 2015 fire season, the North Fork Trails Association was active from mid-May right through the end of October. The tinder dry forest prevented us from using any tools that might strike a spark, but we found plenty to accomplish with the one-person saws that are becoming part of our standard kit and we did quite a bit of scouting throughout the North Fork.

Here, then, are a few highlights from the 2015 trails season…

We didn’t get much snow this year so, we were able to get boots on the trail by late May. The first expedition of any size was up Trail 4 on May 26. We were up and down this trail several times throughout the year. 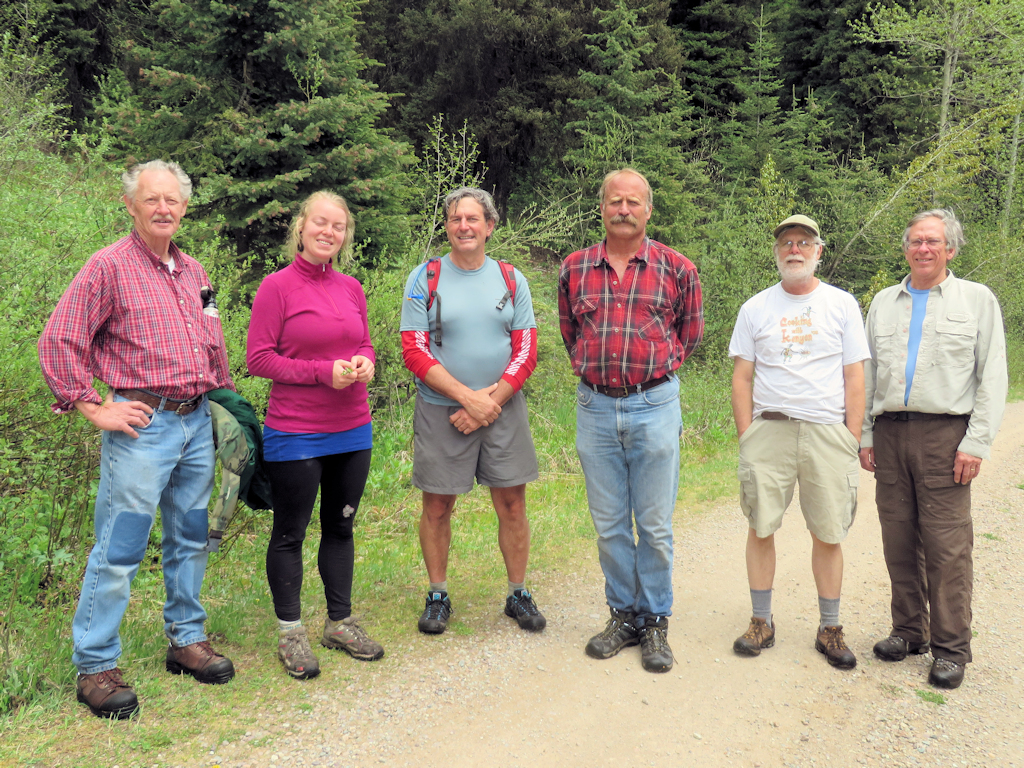 Another trail that got a lot of attention was the eastern section of the Pacific Northwest Trail where it passes through the North Fork — Trail 3 and a segment of Trail 26. 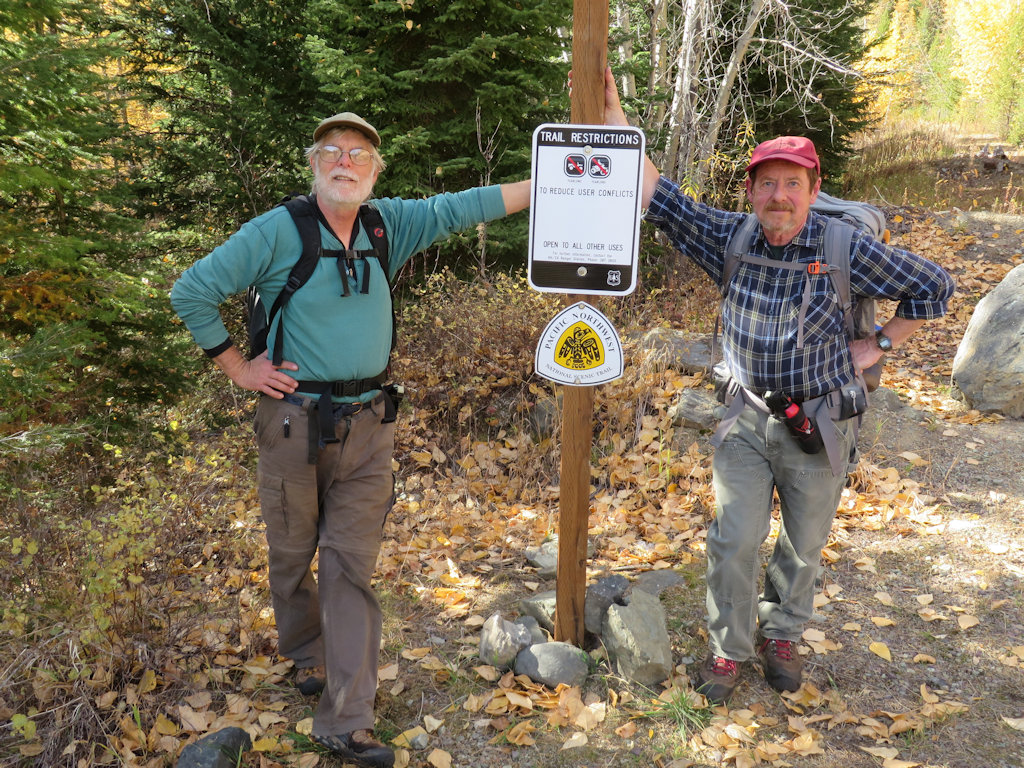 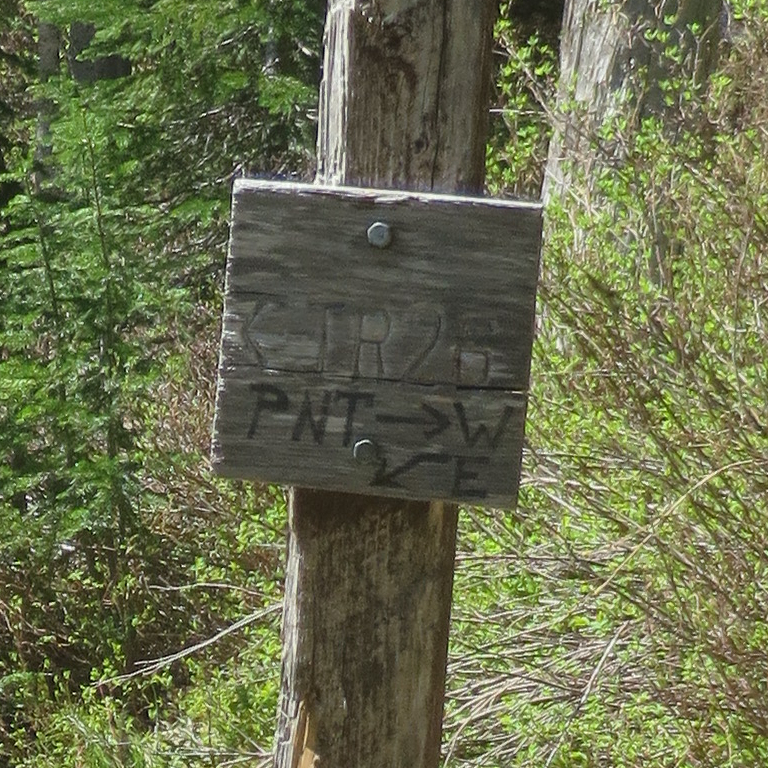 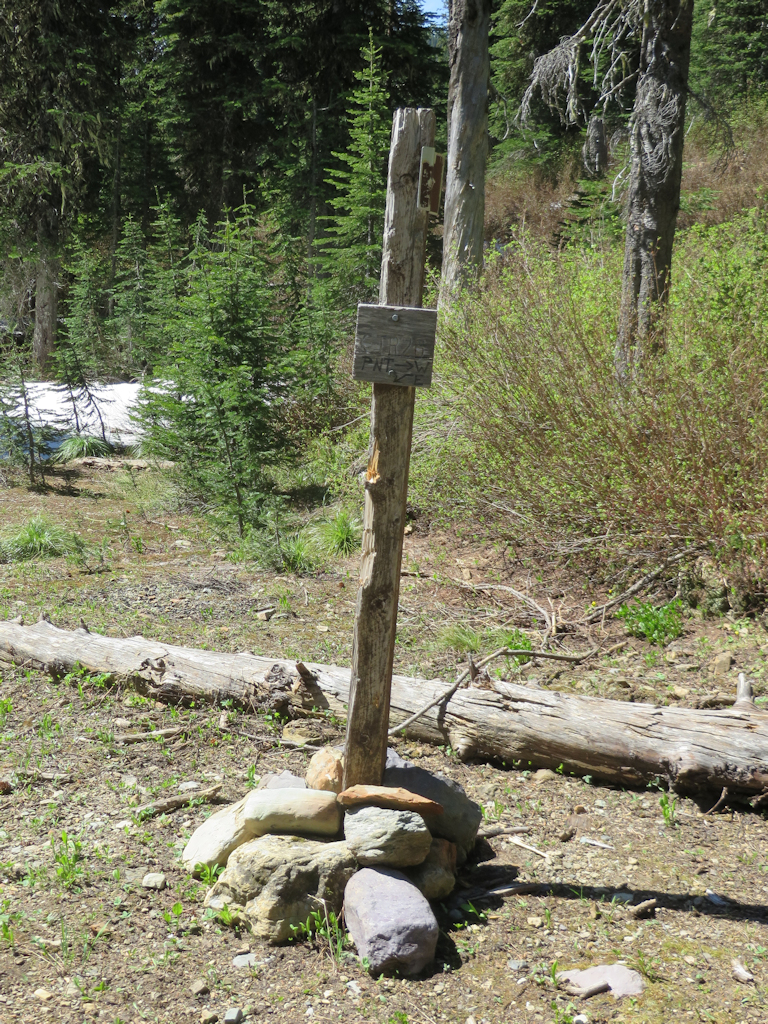 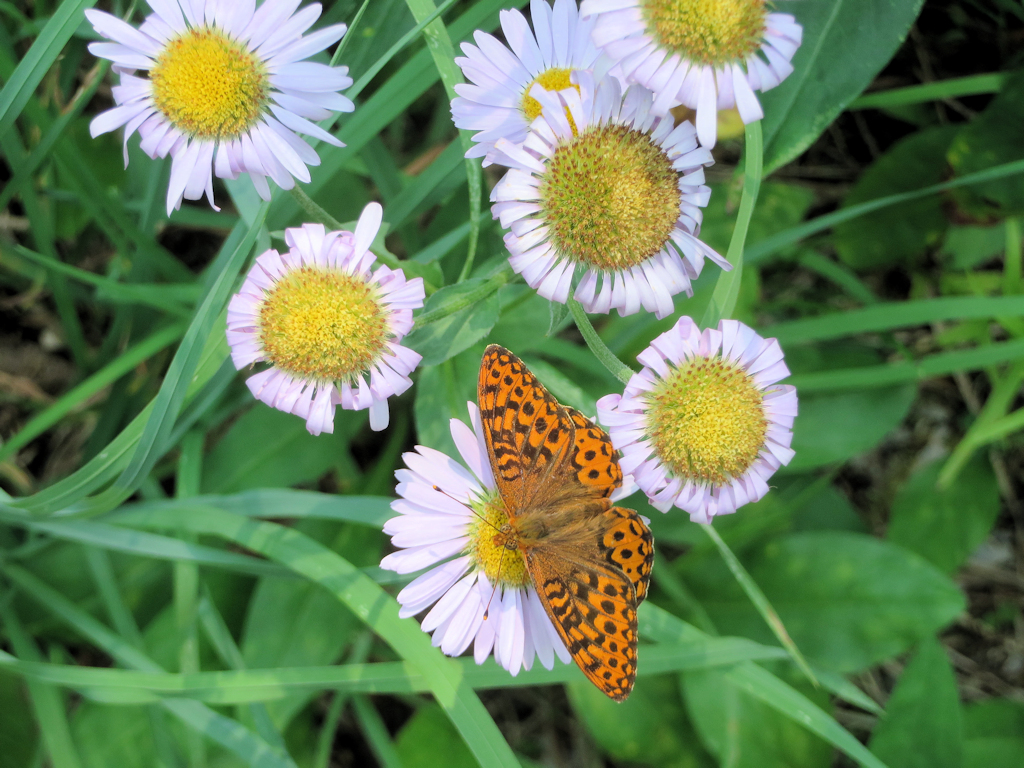 It was a very early fire season. Just as we hit our stride, the region began to get smoky. This view west along the Hay Creek drainage, was taken July 9. It got a lot worse later. 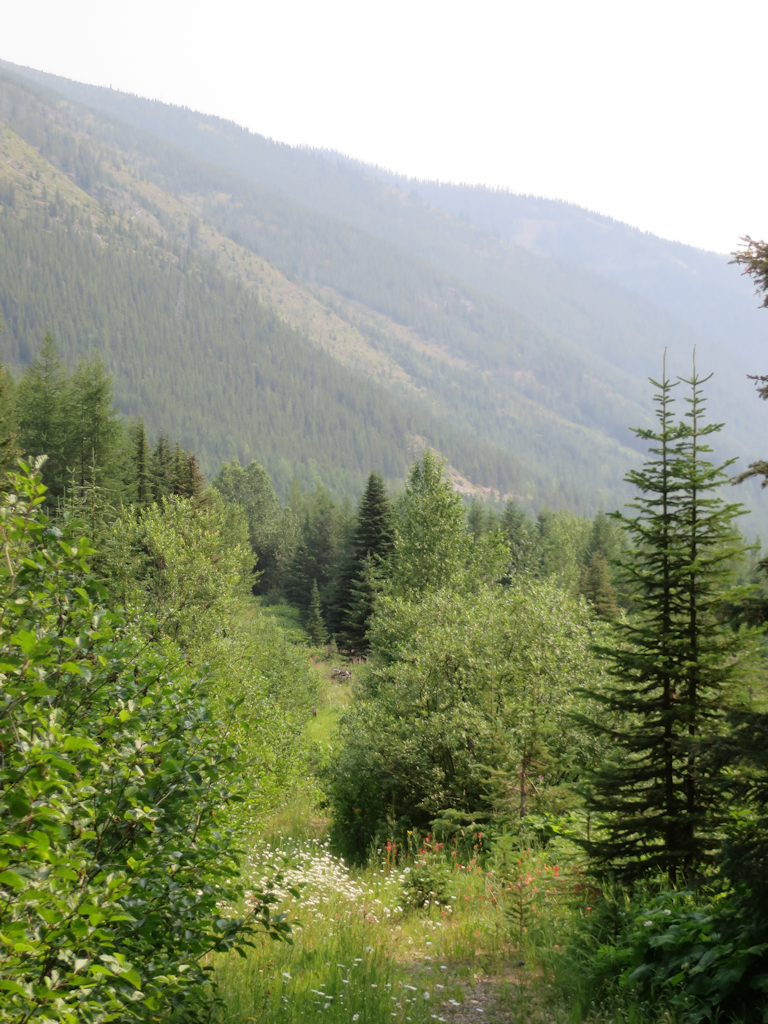 The old Cleft Rock Trail, Trail 13, got a number of visits early in the season, as we checked out several ways of accessing it. (The eastern end currently stops at private land.) There will be a lot more activity on this project in 2016.

Before things got too smoky, we spent a fair amount of time in early July ensuring that Trail 2 was fixed up and ready for a “Wilderness Walks” hike scheduled for mid-July. Read about the hike here and the trail cleanup efforts here and here.

We’ll “draw the curtain of charity” over late summer, which was heavily shrouded in smoke from regional fires and dangerously dry. Besides, yours truly forgot to bring his camera.

We squeezed in several late season activities, including a couple of hikes up Lake Mountain on Trail 375. The first day we went up there, the air was so clear we could see smoke rising from a wildfire near the Idaho border, almost 70 miles to the west. 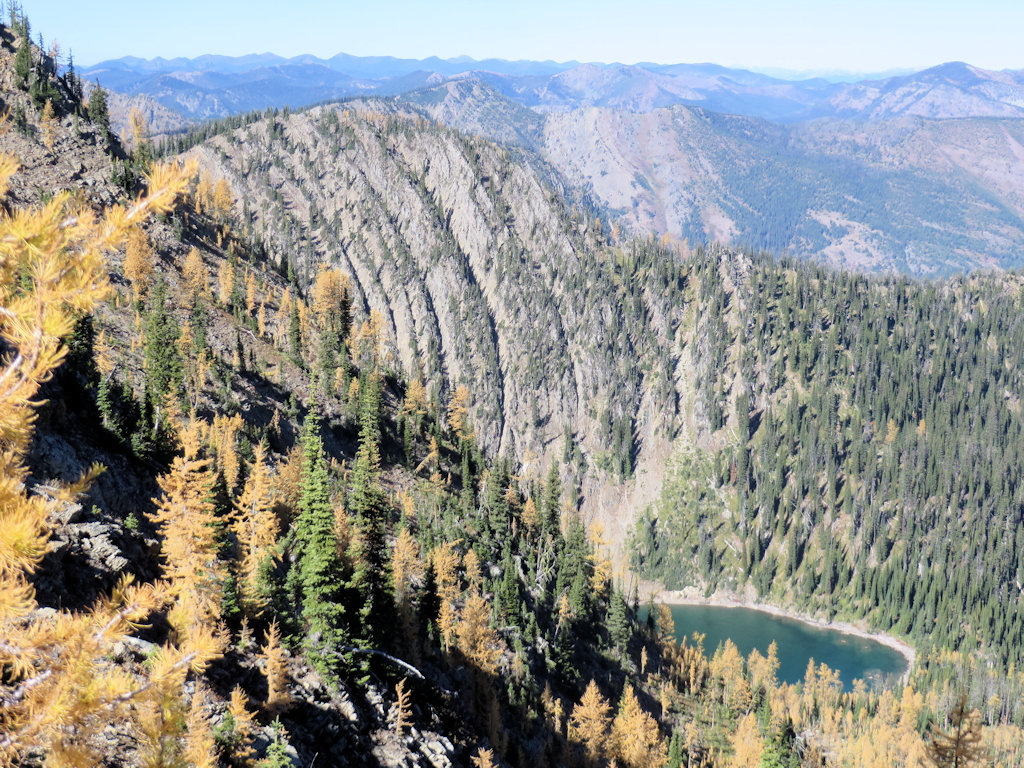 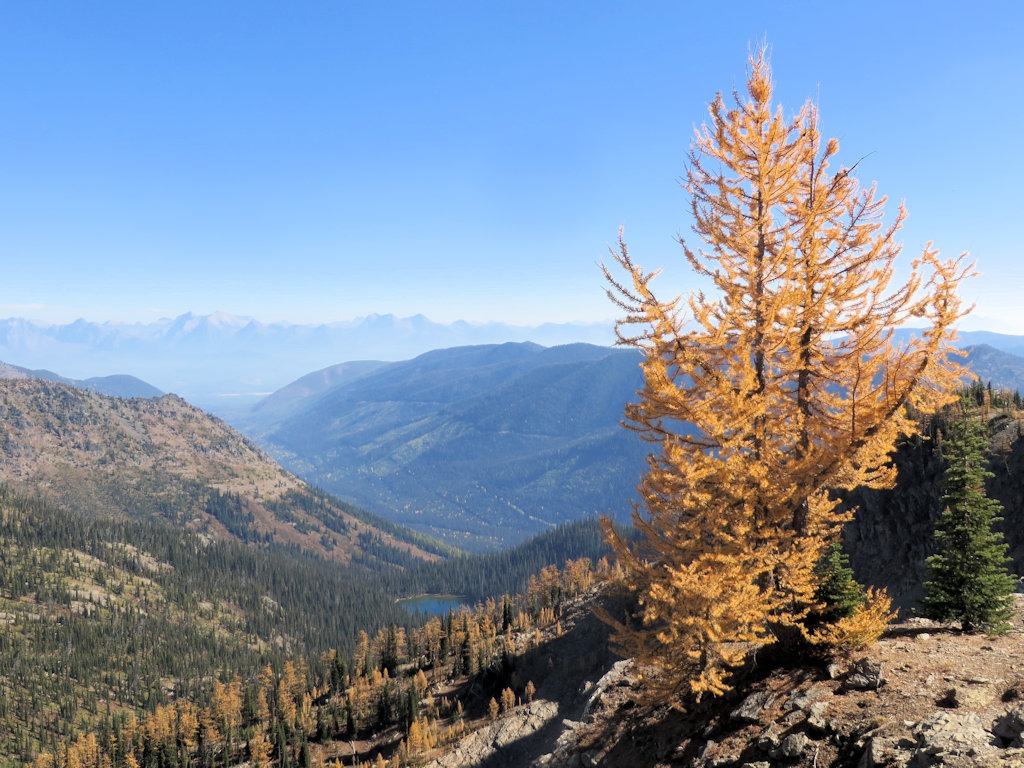 In early October we visited the Review Mountain Loop (Trails 113 and 23) a couple of times. The first trip was for our own purposes (setting additional cairns and some blow-down removal), the second was a very pleasant and productive meeting with Sean Cranmer of the U.S. Forest Service. Sean was handling trails issues this year. He took the time to drop by once the fires settled down and the smoke cleared. 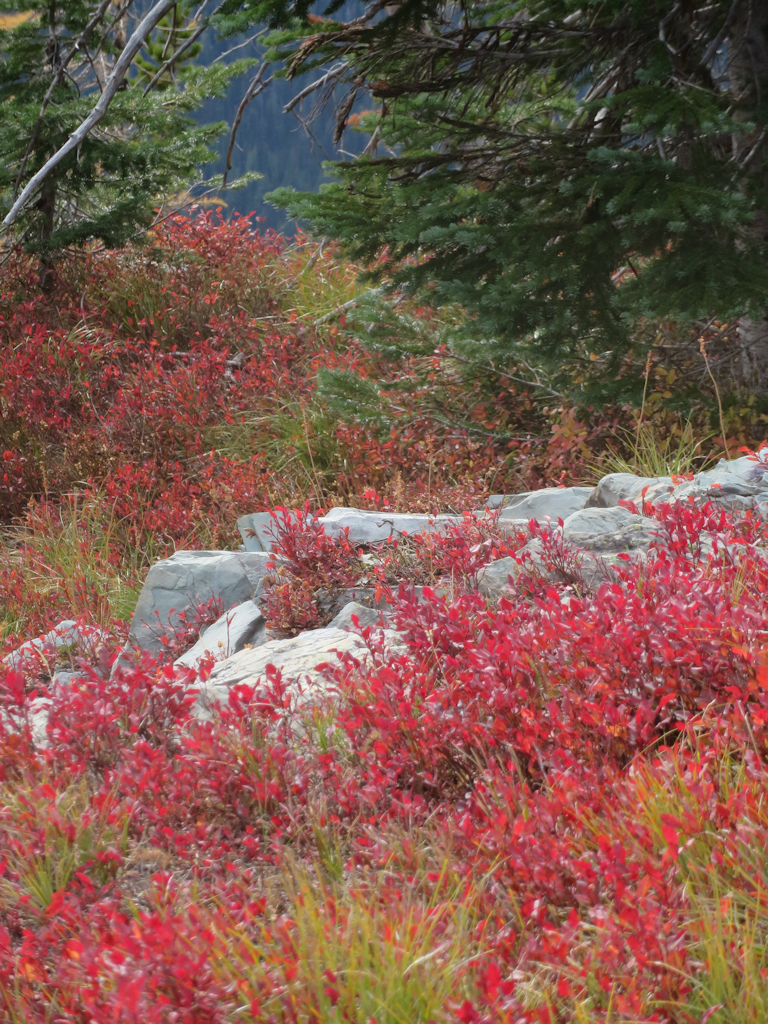 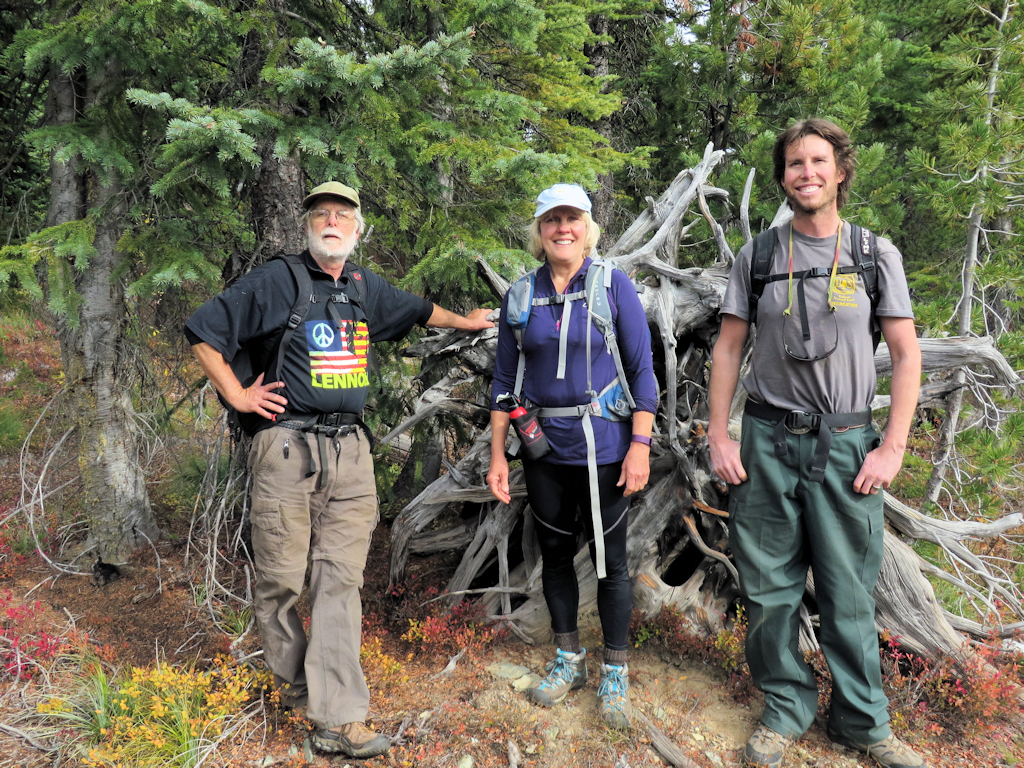 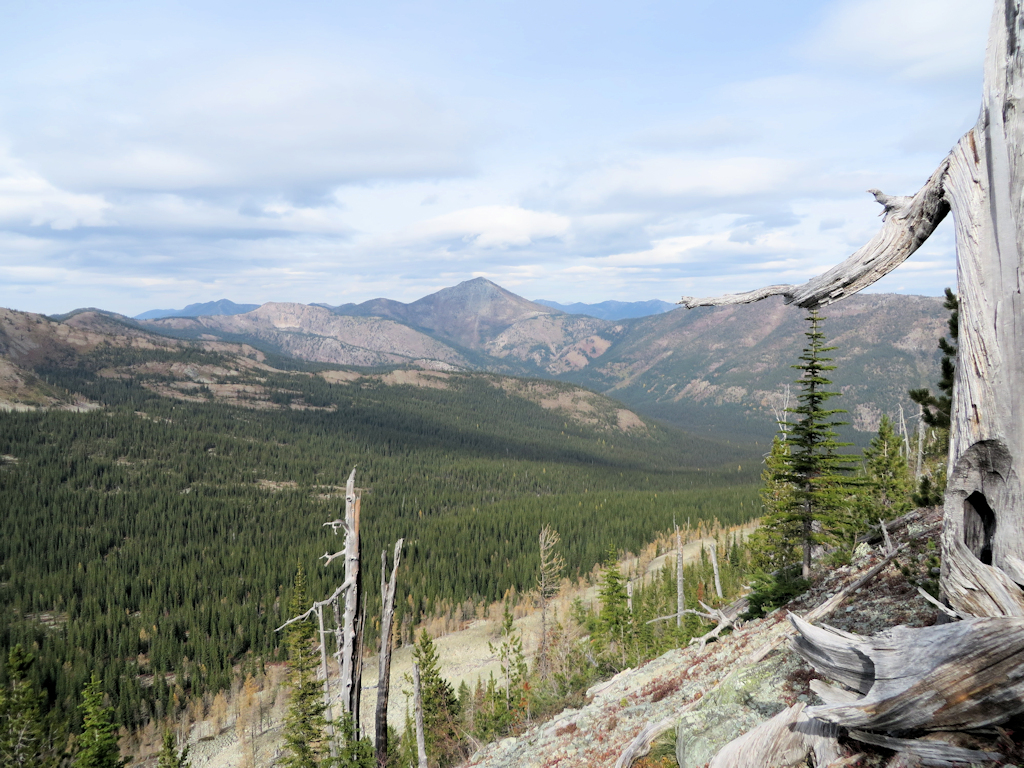 October 27 was the final trip to Hornet Lookout. 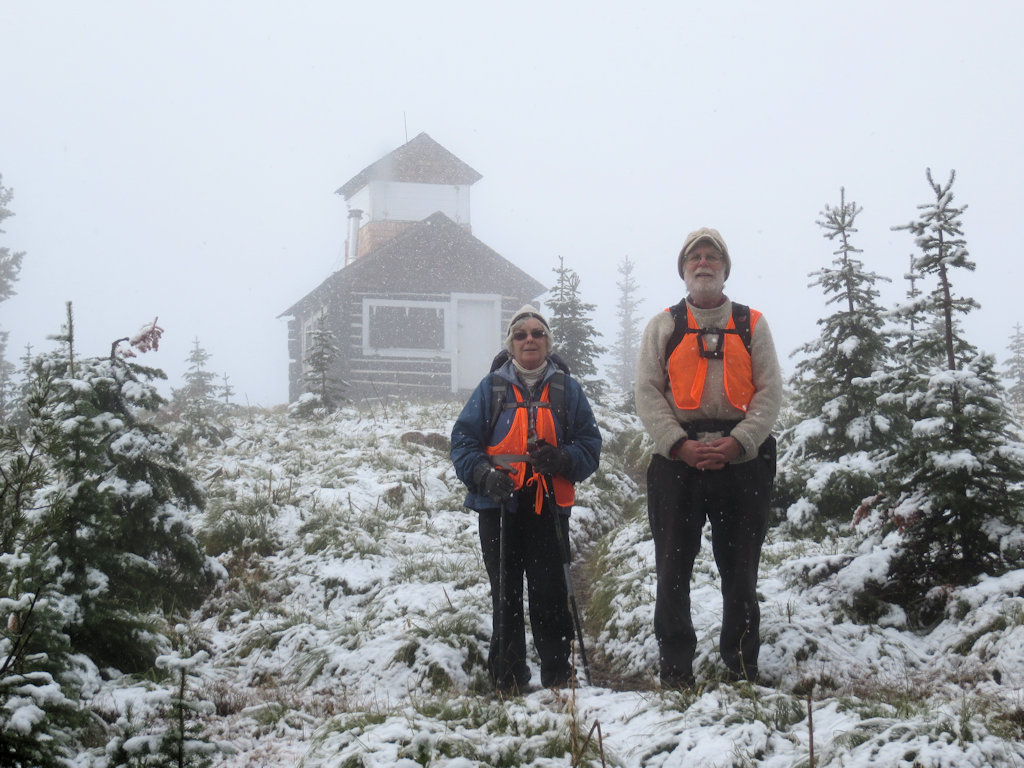 The season-ender was October 28, a last trip up Trail 239, the back door to Coal Ridge. Three of us cut out some blow-downs, excepting one that was a little big for the equipment we had on-hand, and signed the log at the Coal Ridge patrol cabin. 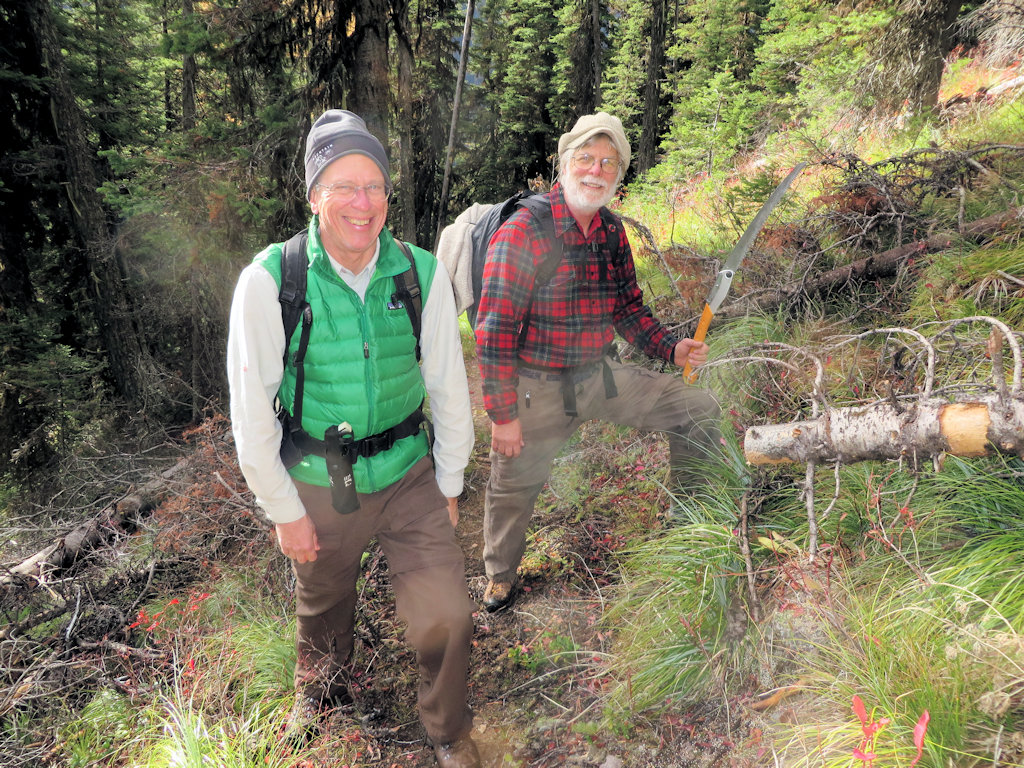 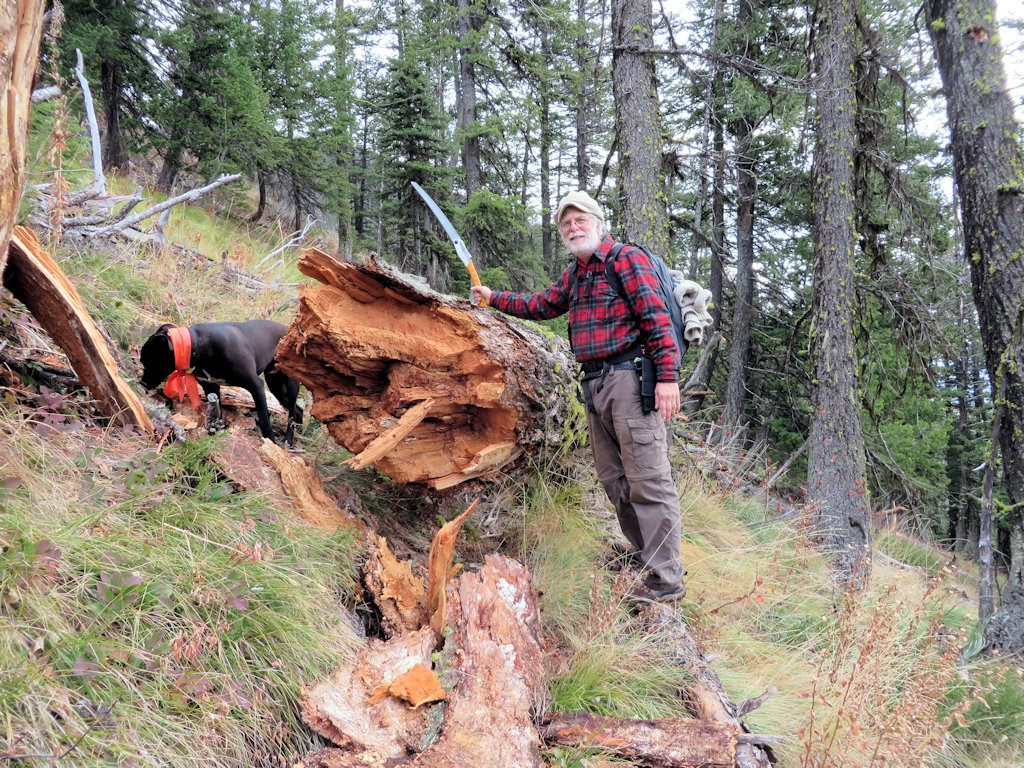 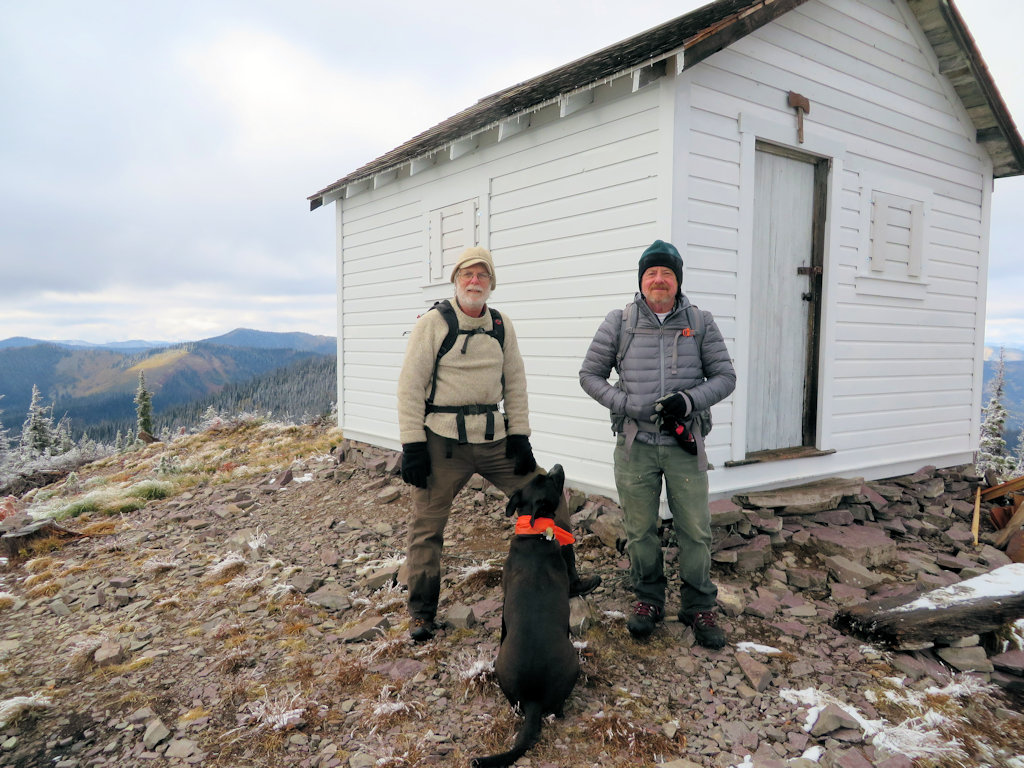 What about 2016? We’re already rolling. Watch this weblog for further developments.