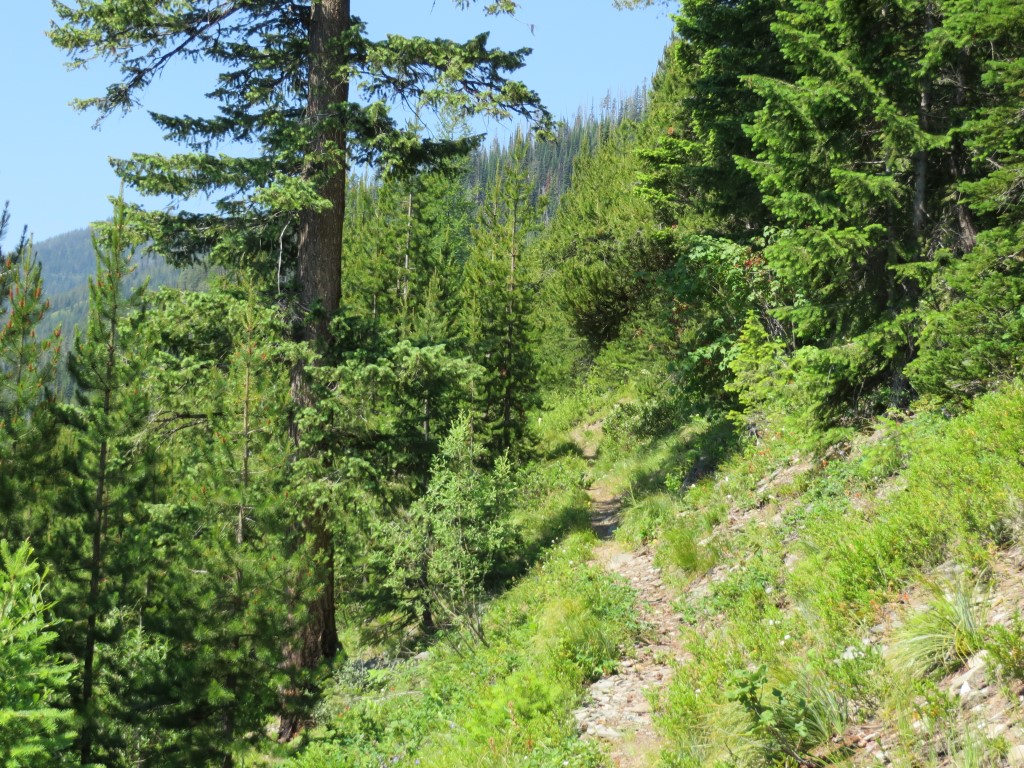 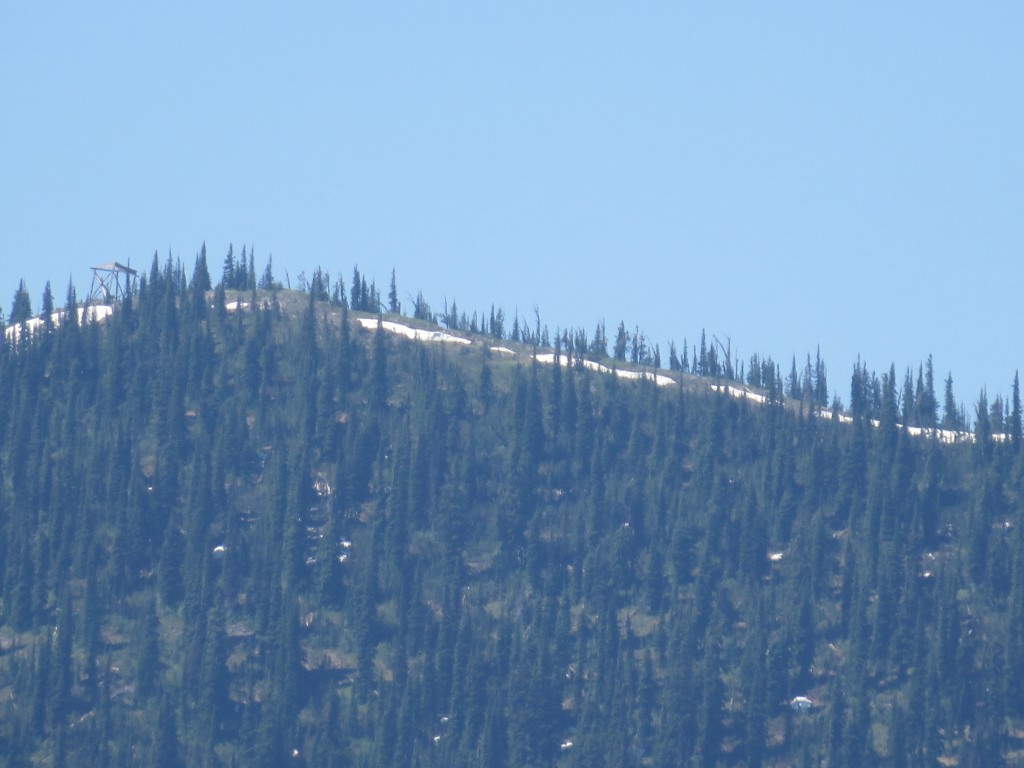 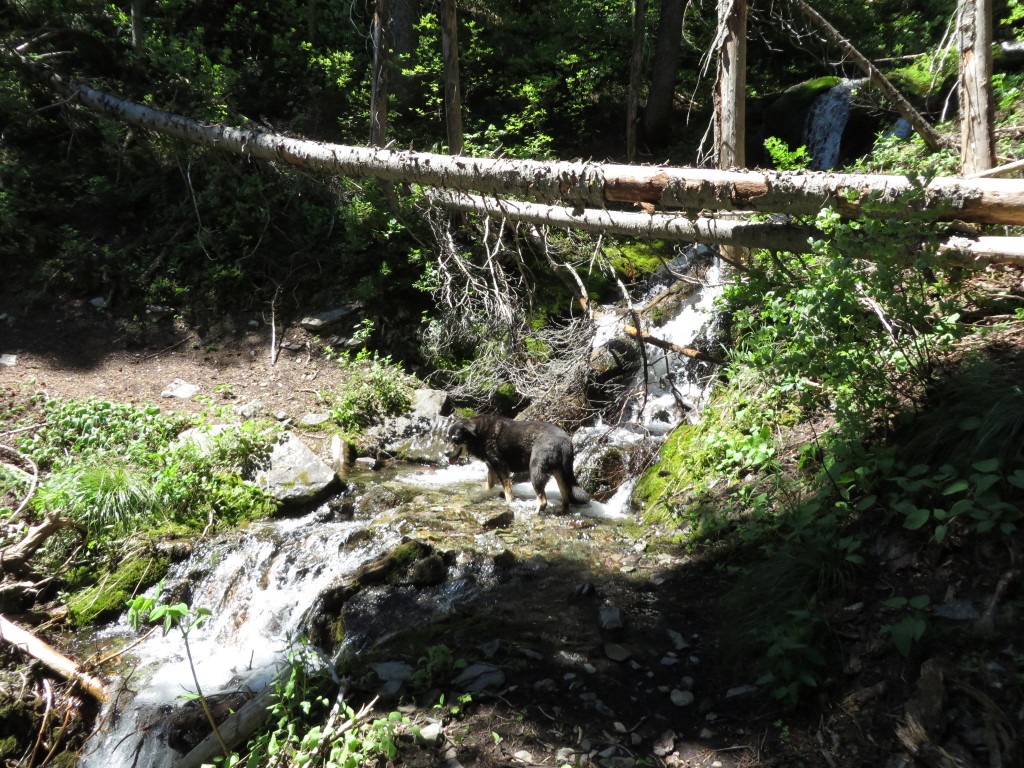 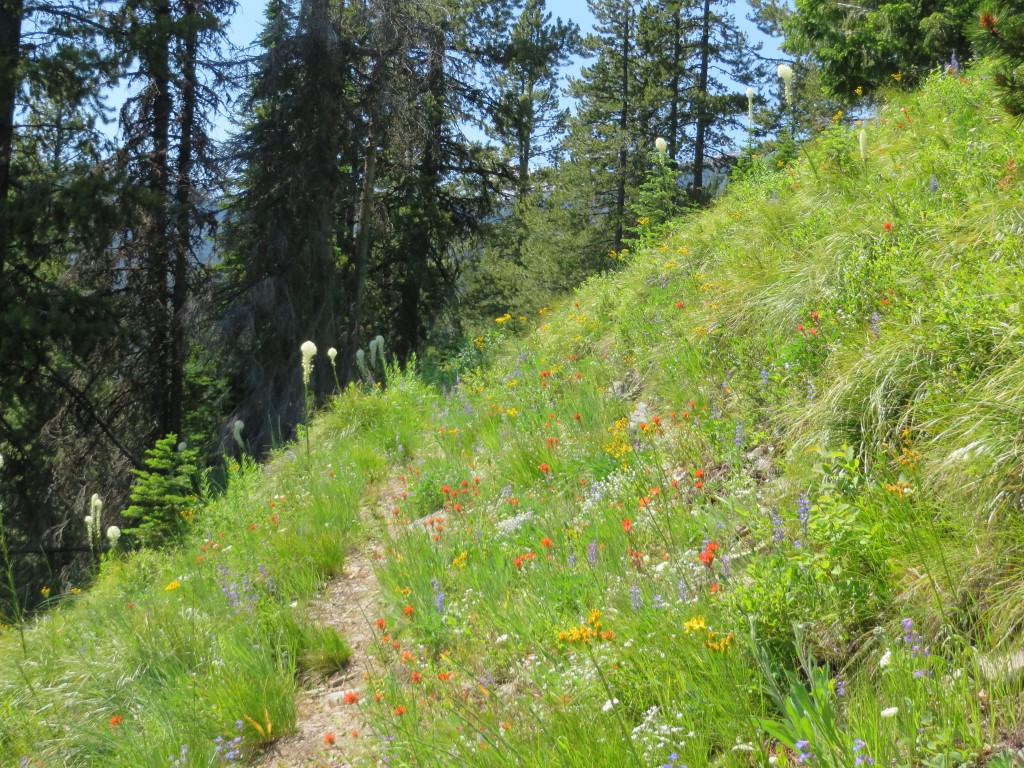 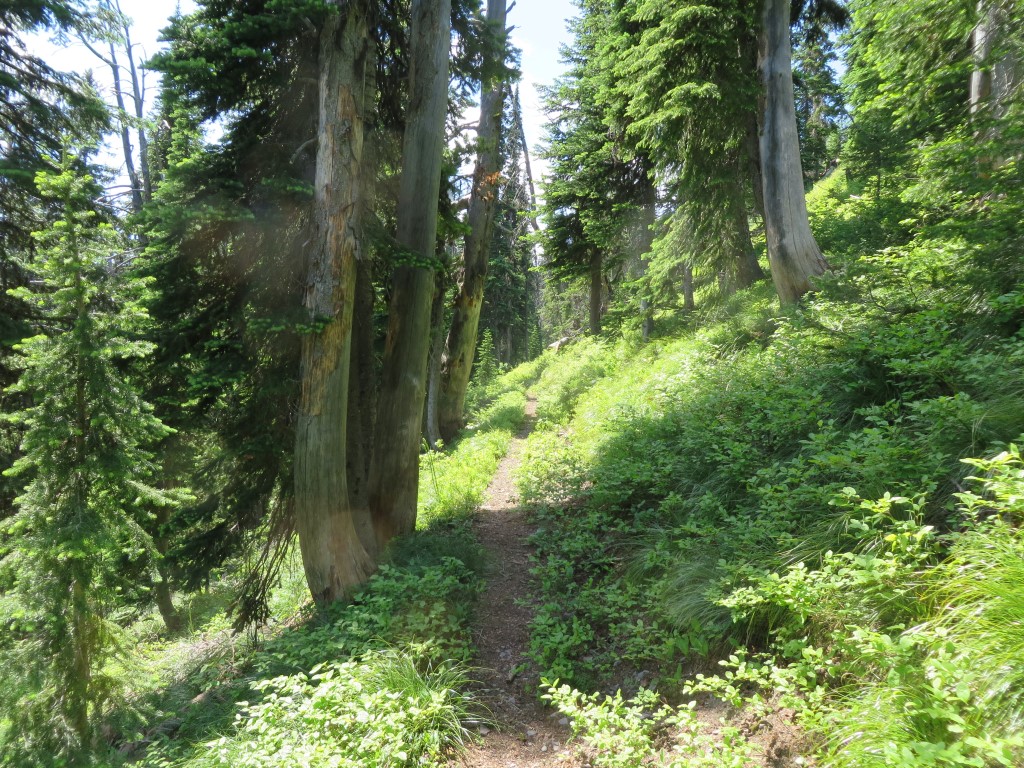 July 3, John Frederick and I took advantage of a nice day and open Forest Service gates to do the tour of the Coal Ridge — Hay Creek drainage area. We went perhaps a quarter-mile up Trail 4 with the big chain saw, did a little clean up and  then drove to the Trail 3 trailhead at the west end of Hay Creek Road.

Trail 3, most of which is old roadbed, is in excellent shape for the first mile (and likely for at least another three after that). It offers a broad vista of the west end of the Hay Creek watershed, including the Whitefish Divide.

Moran Basin Road (Road 5241), the last stop on our tour, has problems. We encountered a bad slide about two miles in where a collection of trees had slid down the bank, roots and all, spilling across the road. I cut out the first pile, but we encountered two more about a quarter-mile farther up the road. Until the Forest Service cleans this up, Moran Basin Road is navigable only by ATVs and bikes. Update: By July 8, the road was open. Someone (not the Forest Service) had removed enough debris to allow passage by regular vehicles. 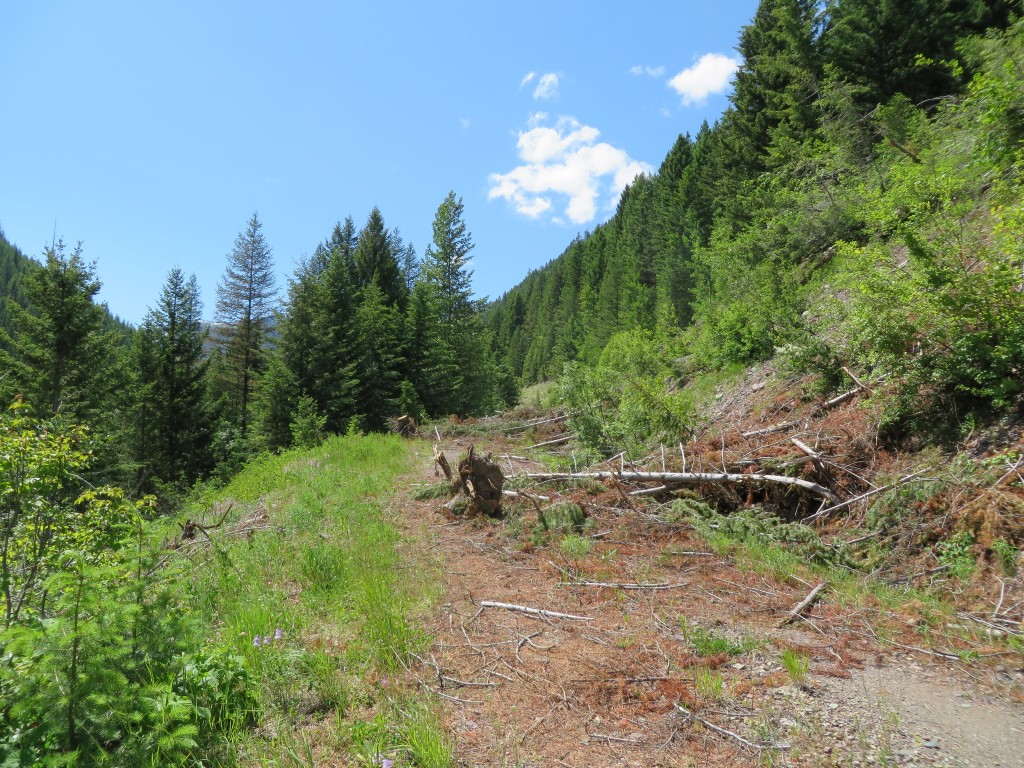