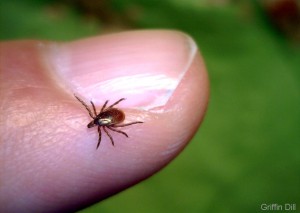 This article from NPR is probably more than you wanted to know about ticks, but it’s that time of year again . . .

Ticks aren’t known as beach-lovers, so ecologist Dan Salkeld and a colleague were surprised when they found 180 ticks in less than a mile on a coastal trail near Muir Beach in California one day in 2016.

“Contrary to most people, we were delighted at the high numbers of ticks! It was exciting in terms of sample sizes and data,” says Salkeld, whose findings were published in June.

But it’s also sobering. For years, people who track black-legged ticks — the kind that carry Lyme disease — have been finding them in further flung territory, though still in mostly traditional habitats of forested areas with tall grasses and leaf litter.