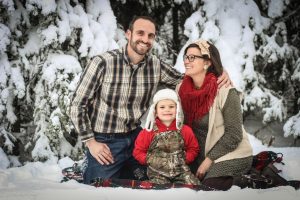 “I am very pleased to welcome Kurt to the Flathead National Forest,” said Regional Forester Leanne Marten. “Kurt is a proven leader who welcomes new voices and diverse perspectives, and has dedicated his career to public service.”

“I am tremendously honored to serve the public and forest employees as Flathead National Forest’s new supervisor,” said Steele. “I look forward to engaging with our partners, local businesses, and surrounding communities as we write the forest’s next chapter together. The Flathead Valley is an incredibly special place, and my family and I are excited about the opportunity to be able to settle in here and raise our family in this welcoming, community-oriented area.”

Steele was raised in Oregon and holds a B.S. in Natural Resources from Oregon State University with a focus on forest ecosystems, and a double minor in forest management and fisheries and wildlife. He enjoys most outdoor activities, and often finds himself on public lands where he likes to go hunting, fishing, wildlife viewing, camping, hiking, rafting, snowboarding/skiing, ATVing and boating.

Steele will be joined by his wife, Melissa, a middle school teacher, and five-year-old son, Jack at the end of the school year.

He succeeds Chip Weber, who retired at the end of 2019 after serving as Flathead National Forest Supervisor for nearly a decade.